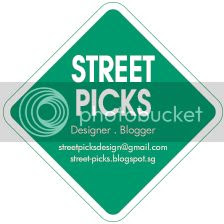 STREET PICKS works on identifying interesting and moments from the streets and sharing it around. We travel around the streets to pick up inspiration as well as unwanted items and adding a touch of design and sharing it.

Graduating from Nanyang Academy of Fine Arts, we aim to share interesting works done by designers and upcoming designers from local design schools.

If you have designed something interesting and would like to share it with us, do email us at streetpicksdesign@gmail.com 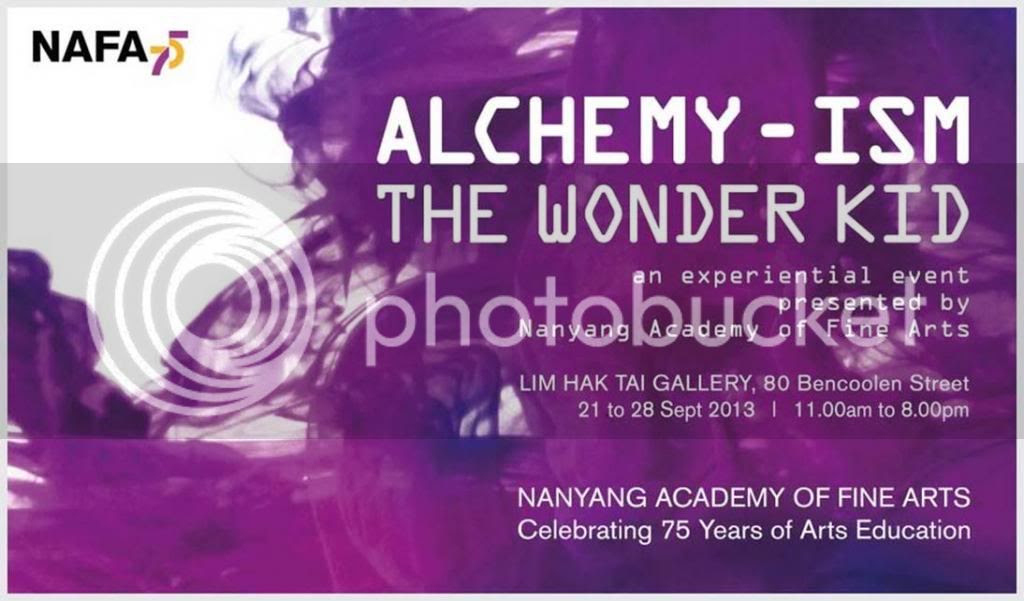 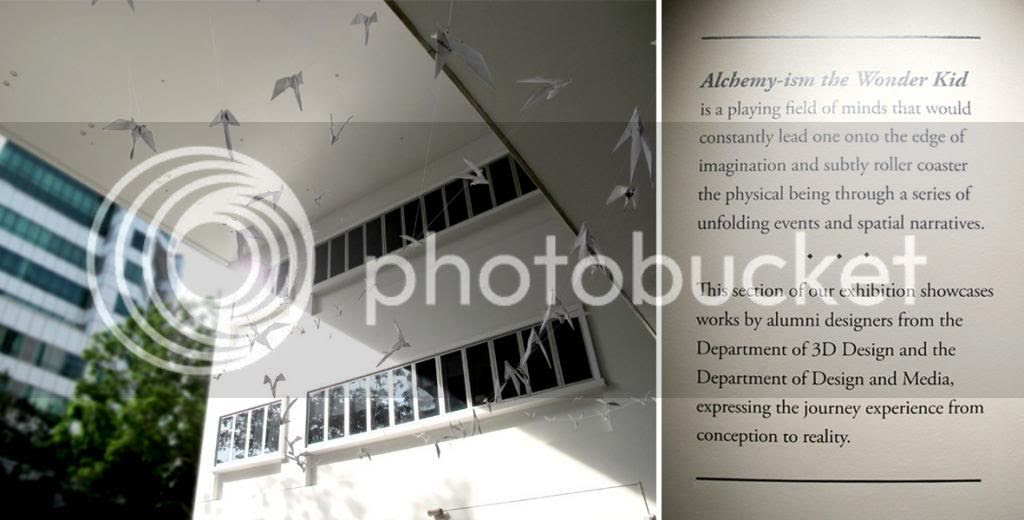 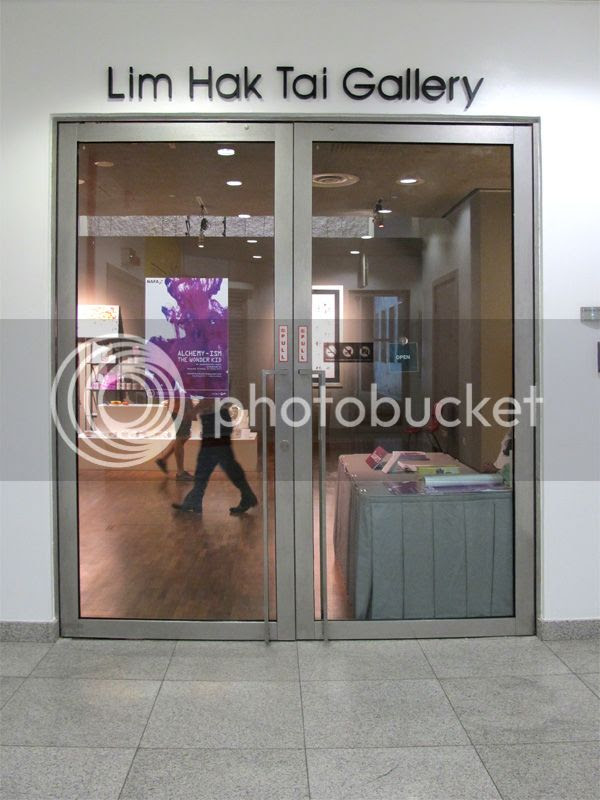 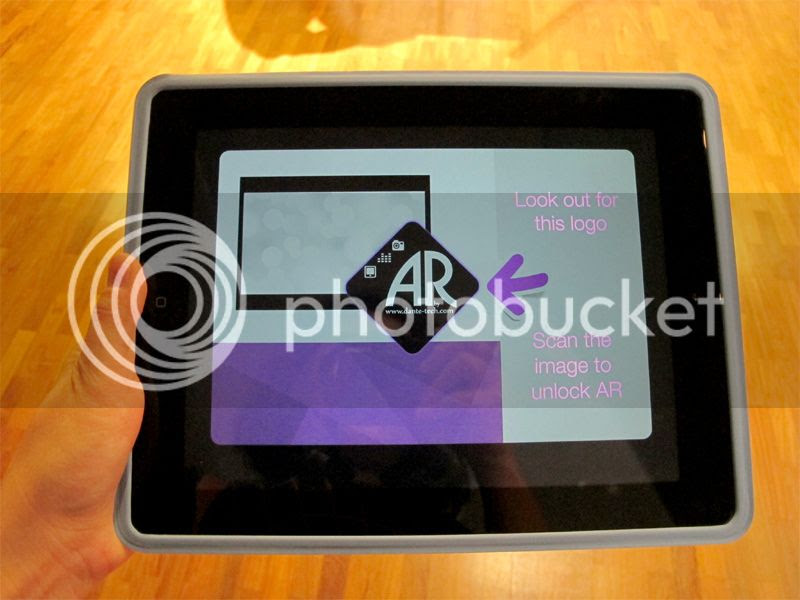 Bestowed with an Ipad, but we were unsure of its purpose. We were told to look out for barcode and have them scanned for something really special. So we thought it was like searching for Wally but it on a different level. 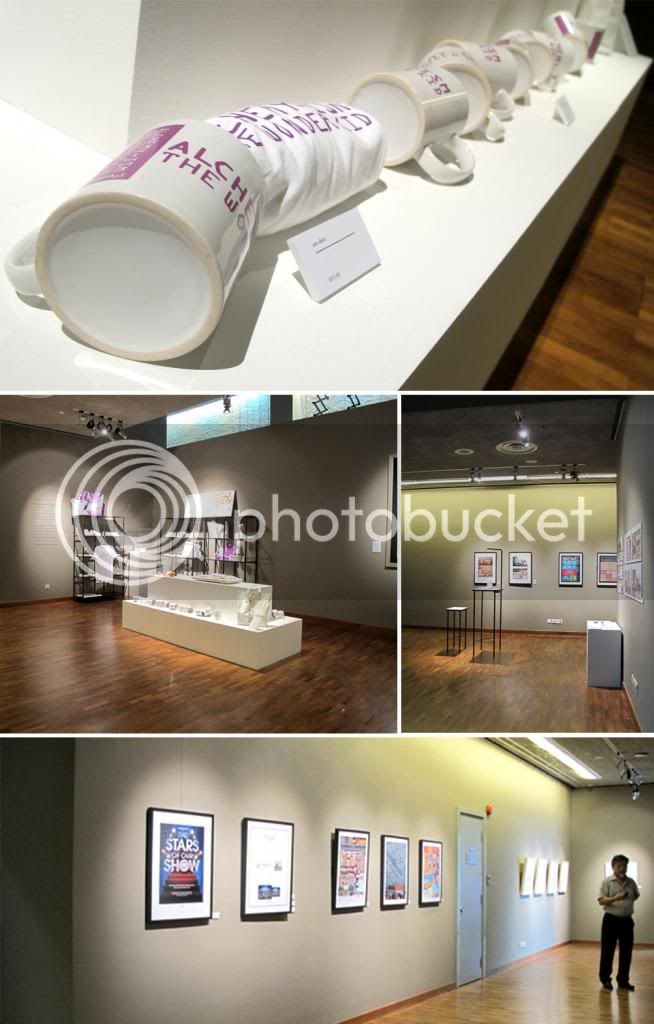 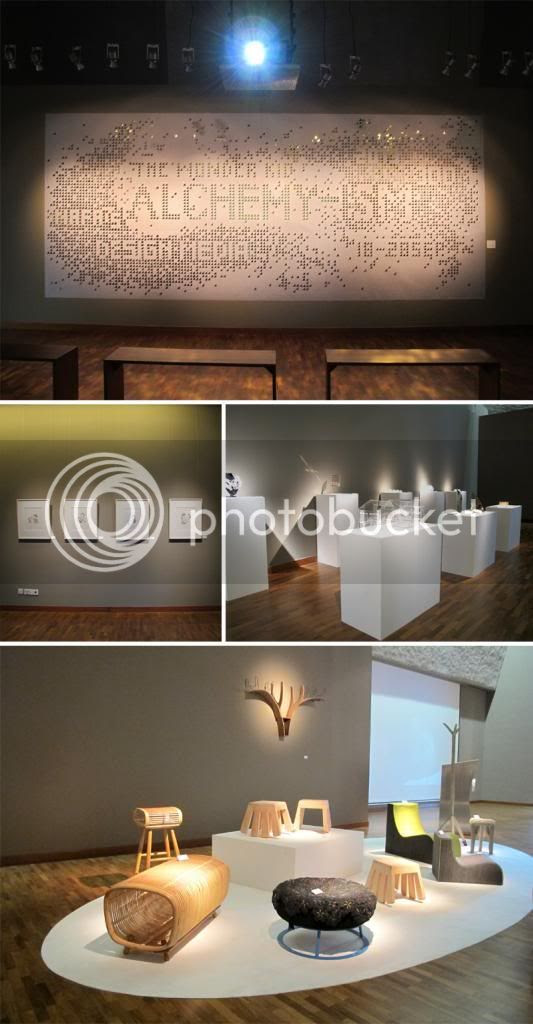 On the same day, which we went to 8Q to gather information on the plates, which we had posted awhile back, we went to NAFA first to visit an exhibition held by both the Design and Media Department and the 3D Department. It was an exhibition whereby I would describe it as âArt meet Scienceâ. The artistic flair and finesse touch of graphic design cross with the logical and practicality of furniture making. So maybe that was why it was named Alchemy-ism, it required precise measurement, creativity and innovation to cook up a mysterious concoction like those works that were displayed.

When we were given a tour by one of the alchemist, we were awed by that the main part of the exhibition was actually behind the screen.

Ok, ok maybe I was too excited to describe that part but the screen was playing the introduction of what the whole exhibition was about. And it just ended abruptly with a girl running beyond the yonder and we were like what? But it was meant for us to continue with the rest of the girlâs journey.

(Caught us slightly off guard there!)

As we carried on with the journey, we started off with the "Science" part of the exhibition, works made by former apprentices who were still learning the craft of furniture making then. Though they were made years ago, the furnitures were still looking sturdy and fully functional and not to mention that they still look modern despite going through the passage of time. 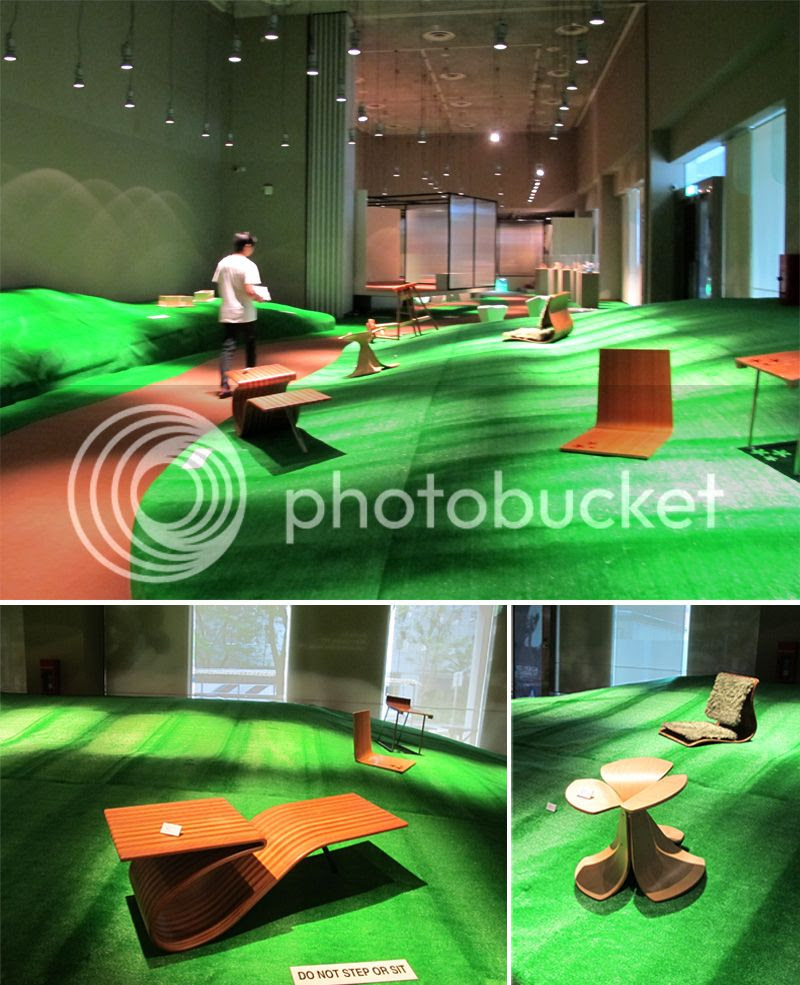 The petal looking stool was the one that really caught my eye. It reminded me of the Butterfly Stool, by Sori Yanagi (1954-2011). Simple pieces of plywood manipulated to form something beautiful. 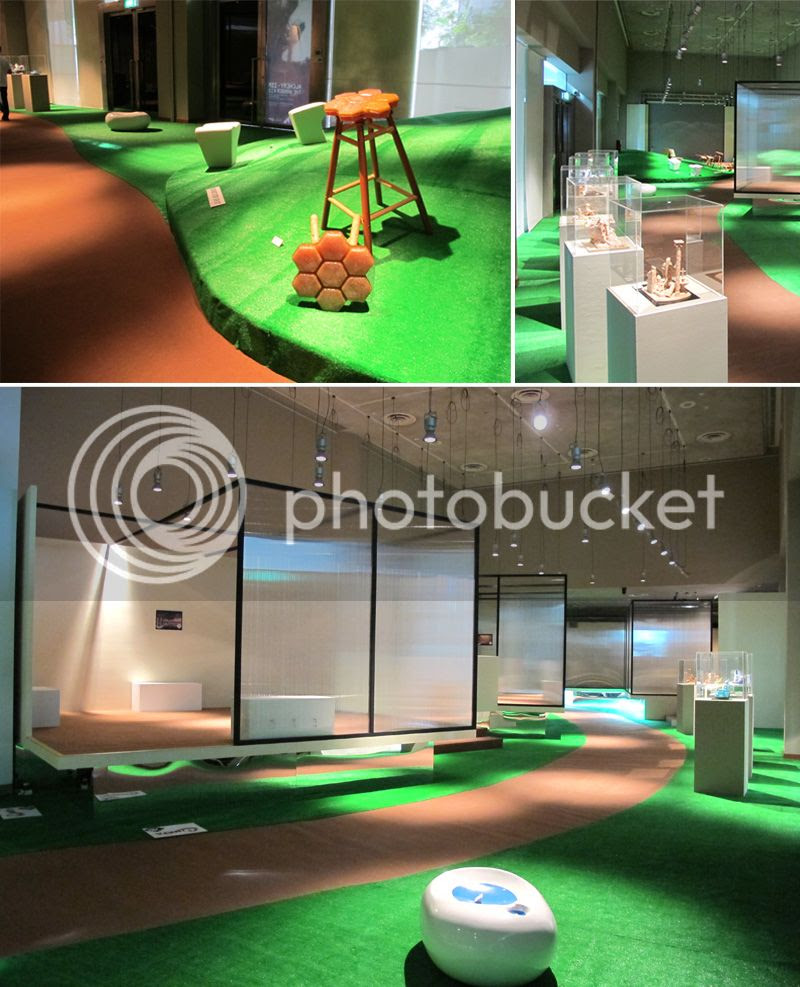 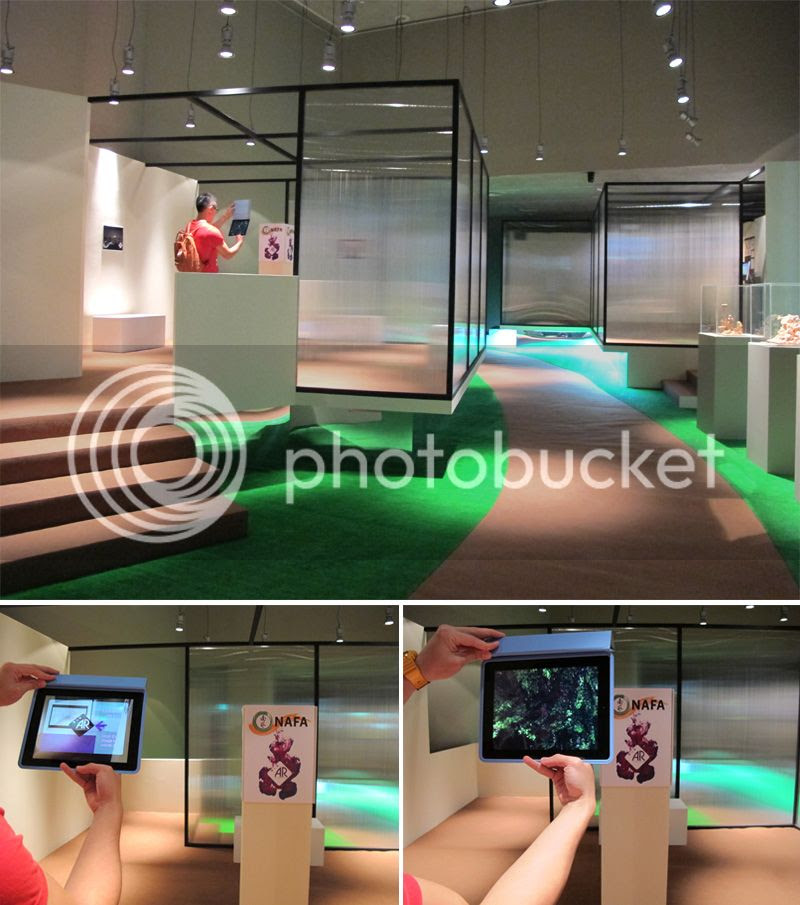 The end of "Science" part of the exhibition brought forth the "Art". We were given a treat of the endless ideas inside the mind of the digital alchemists. And also, we had unraveled the true purpose of the Ipad, the moment we scanned the barcode. A video suddenly appeared before us. It was pretty cool. Real high tech stuff there.

Further back in, was short clips and their story boards. Those clips was very interesting, especially the one with the golden gummy bear. And two others that were very deep and intense. They have won several acclaims from the prestigious crow bar award(if I have remembered correctly.) 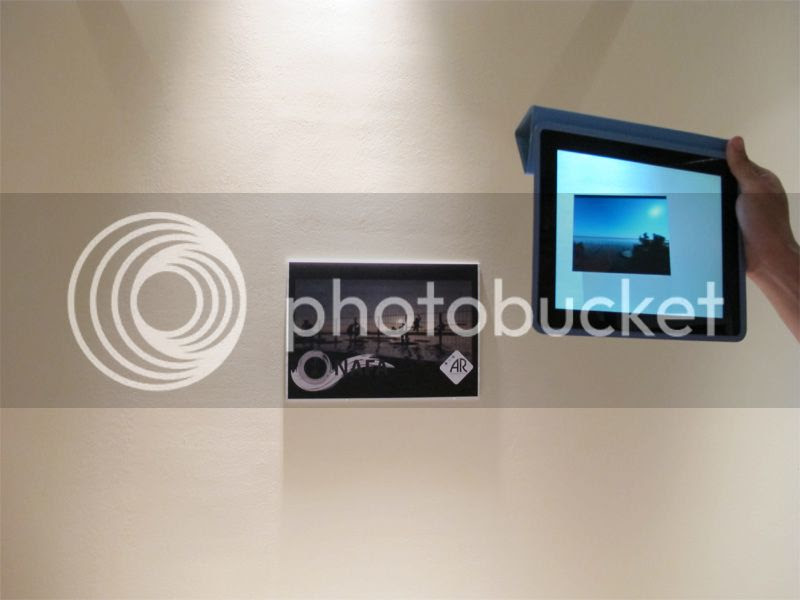 Overall the entire exhibition was very good, interesting and well curated. Throughout there isn't any drop in climax, we were totally impressed till the very end. Very well worth of our time, and beside this isn't the first NAFA managed to do up something this interesting. Looking forward to their next exhibition in October. Good job NAFA!

X KIHARA - Designed In Singapore Made In Arita, Japan
was posted at 23:39 with 0 comments 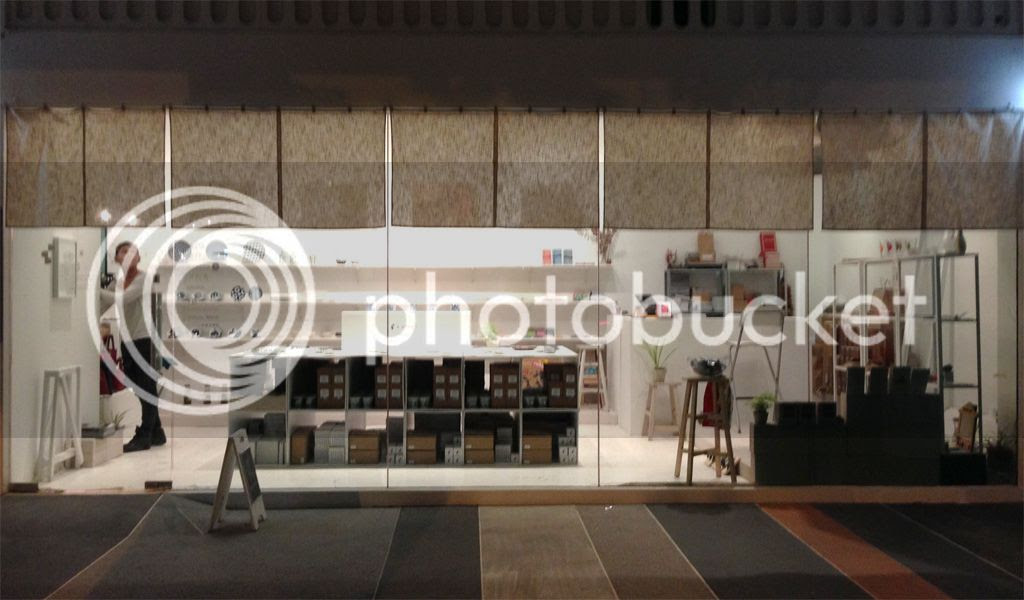 Minutes before the closing of the shop, we had managed to some sight of the plates that were launched awhile back. It was a competition held some time ago back in  March, It was to design icons, culture or anything that Singaporeans can relate to. The winner, will then have his or her design be crafted out into porcelain plates. Apart from the design, those plates were beautifully crafted.

Snow white porcelain plate that were crafted by Japanese craftsmen with so much perfection, patience and pride. Overall with the designs imbued into those plates, it was a sight to behold, much joy for one to look at it. 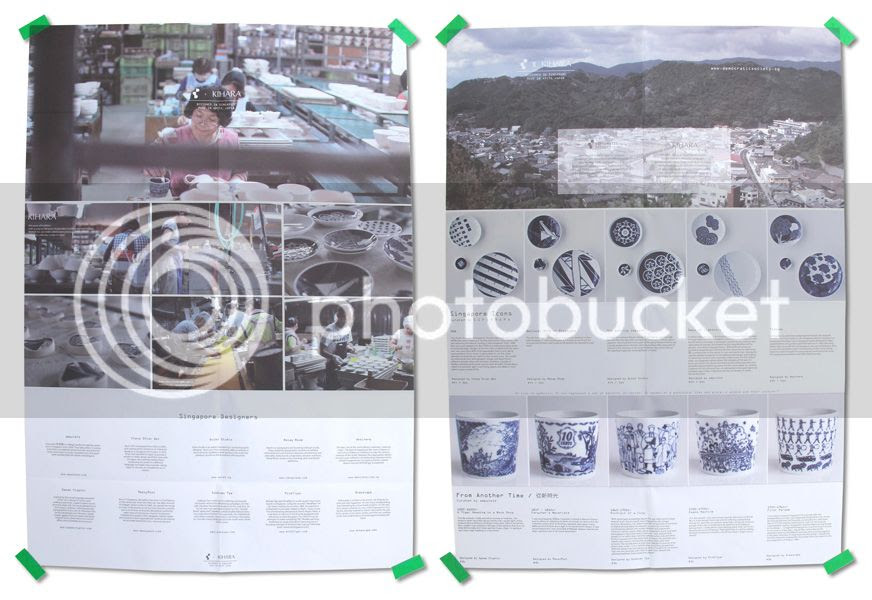 It was really great that S U P E R M A M A had collaborated with traditional craftsmen to come out with those pieces. We felt that it can and will allow Singaporean to appreciate trades of the old once more. As we all know, Singapore today had developed to a metropolis, crafts like porcelains making or any other crafts are a rare sight these days. Because modern manufacturing methods has overshadowed hand crafts in order to meet the demands of the people, and many has closed down because it was no longer capable of sustaining the business.

Living in Singapore, we all should learn to take a step back to enjoy such simplicity because as we delves further into the next decade. Such things may no longer exist amongst us, but that to of museums or libraries. So interested readers, you may want to take some time off to head to 8Q. it is located on the right hand side of the Singapore Art Museum, directly across the road. A small nice shop which you cannot and should not miss. 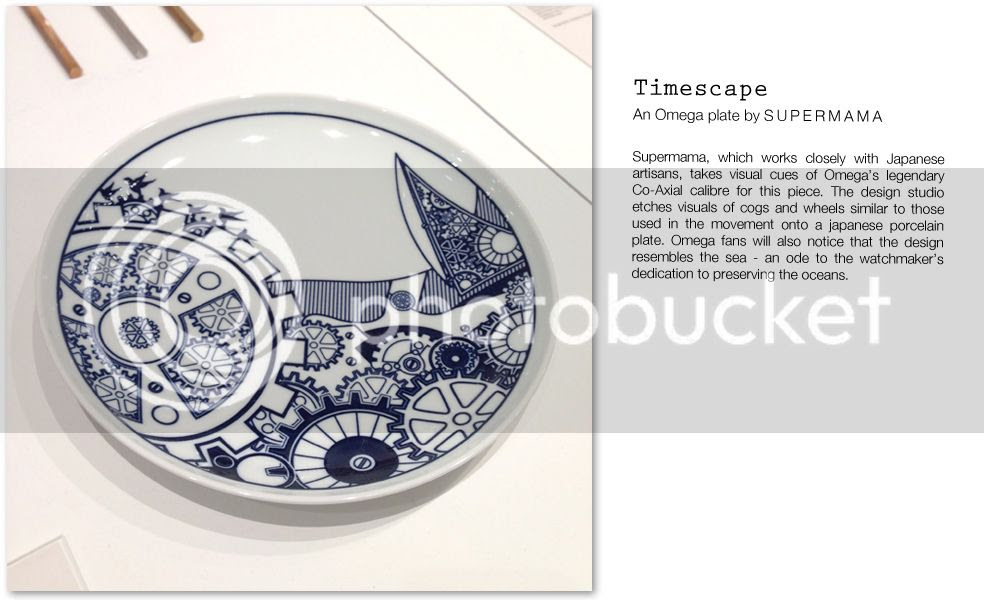 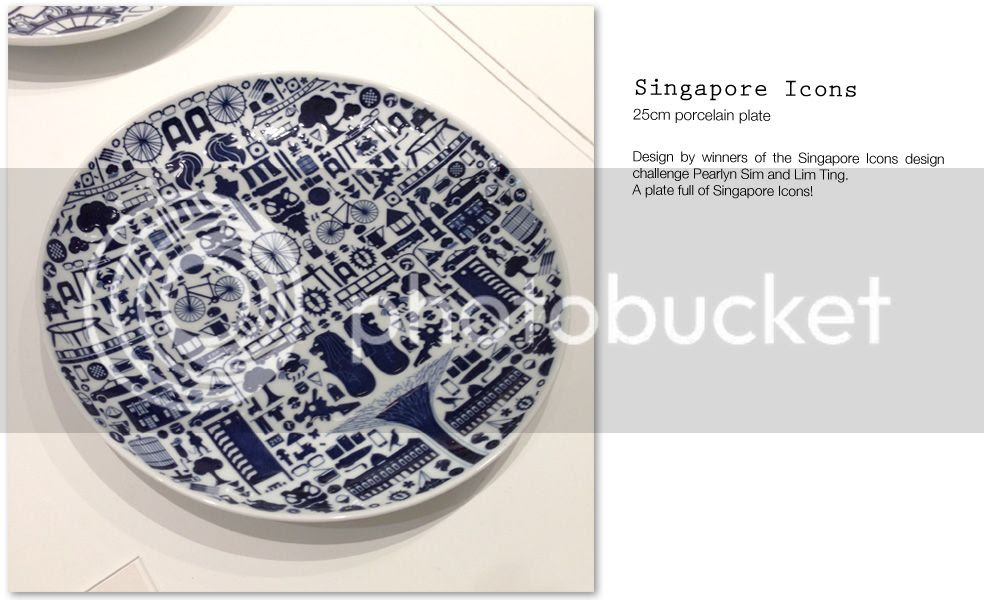 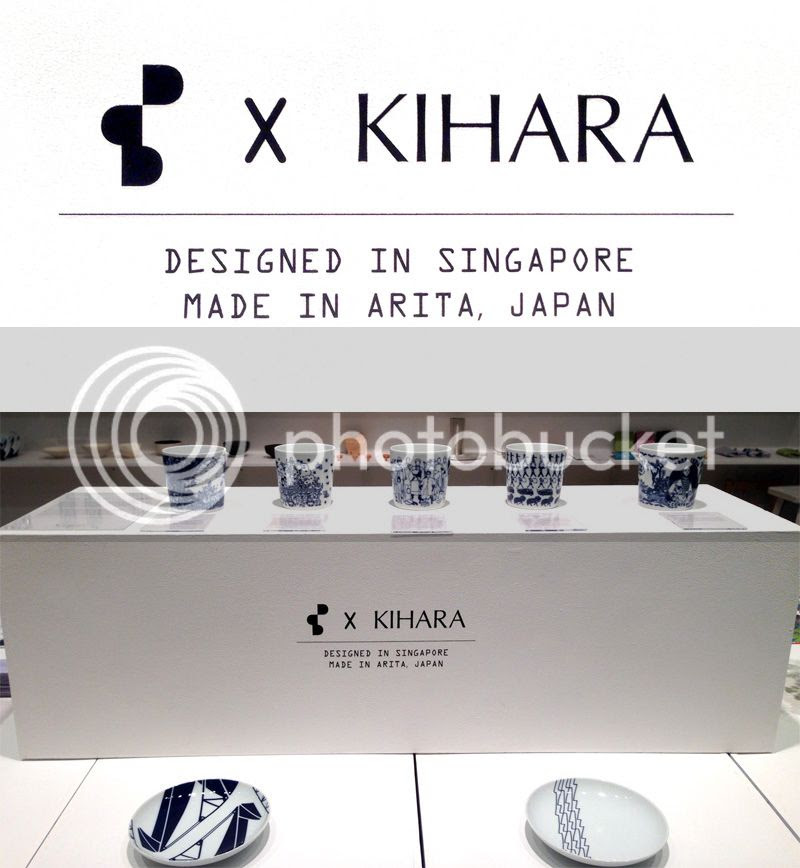 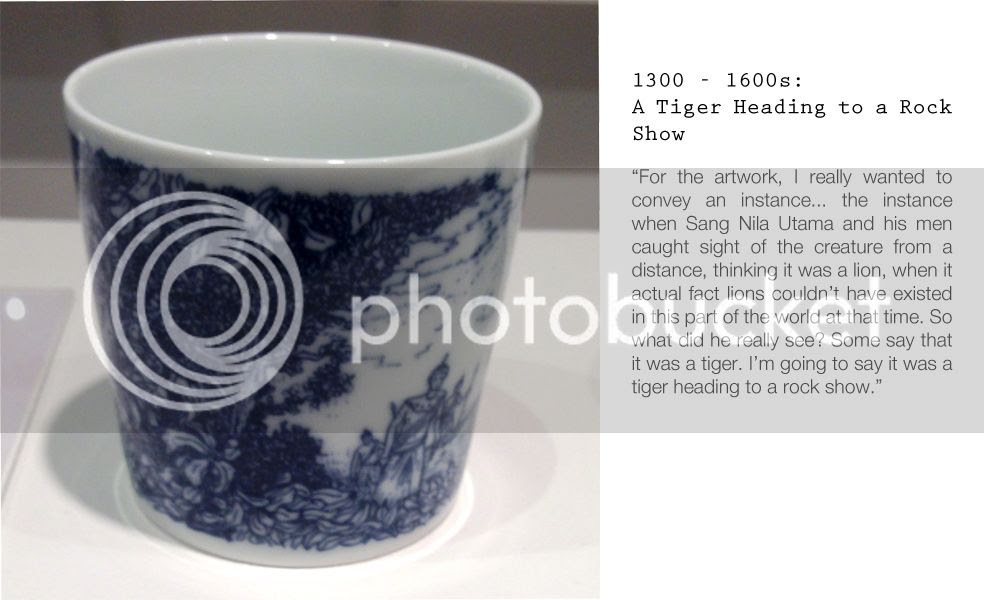 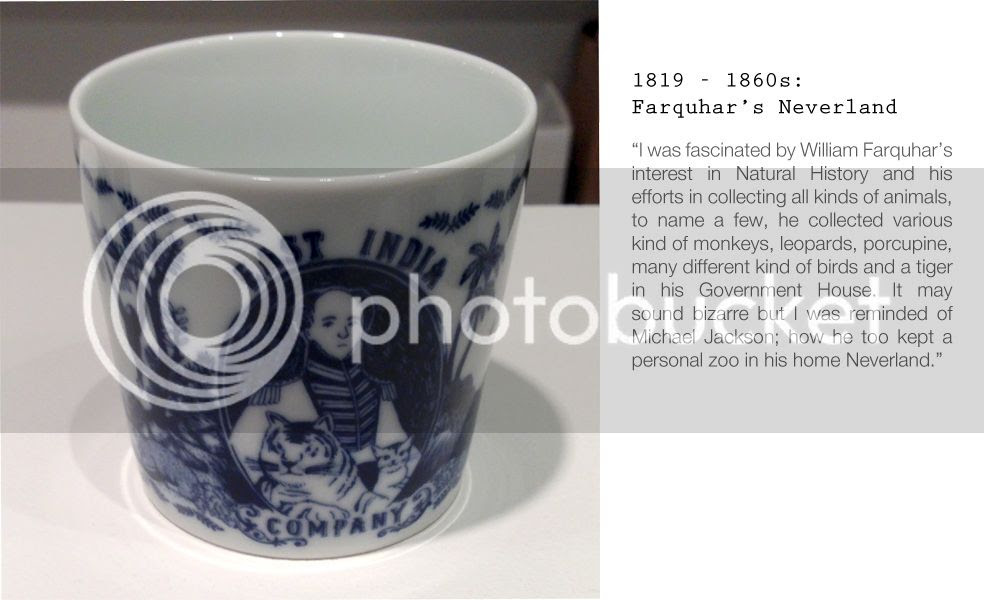 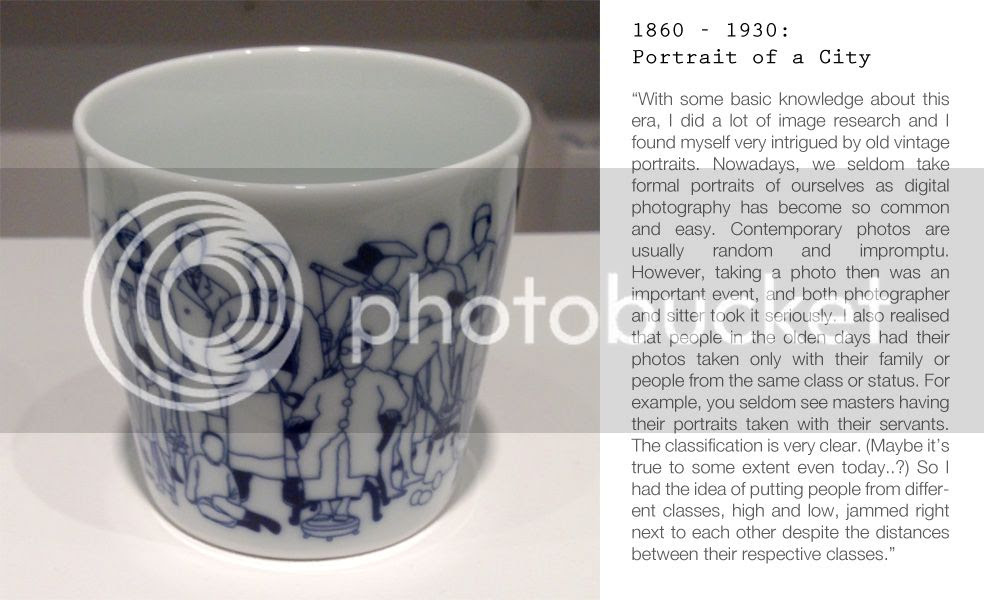 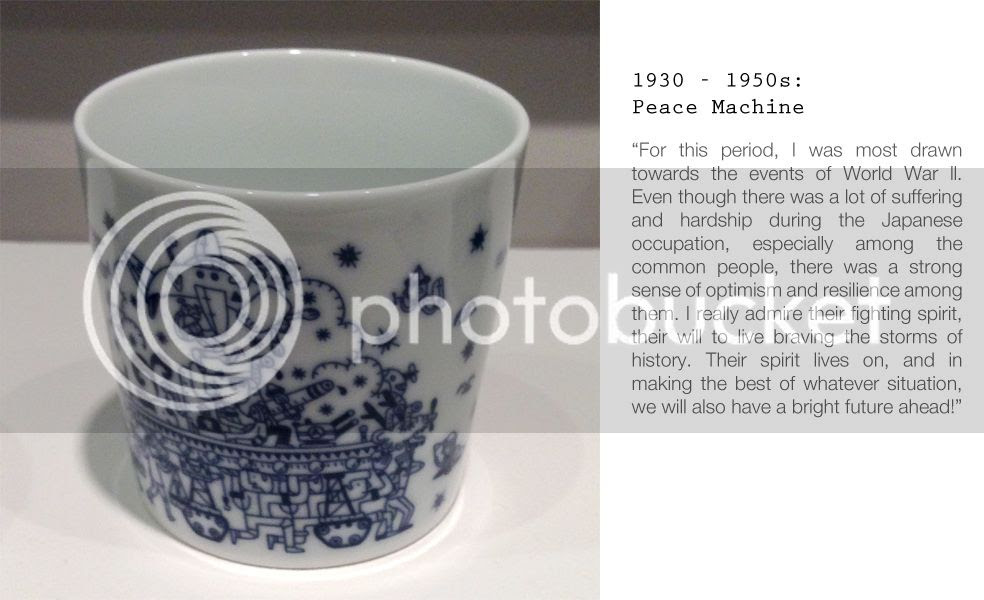 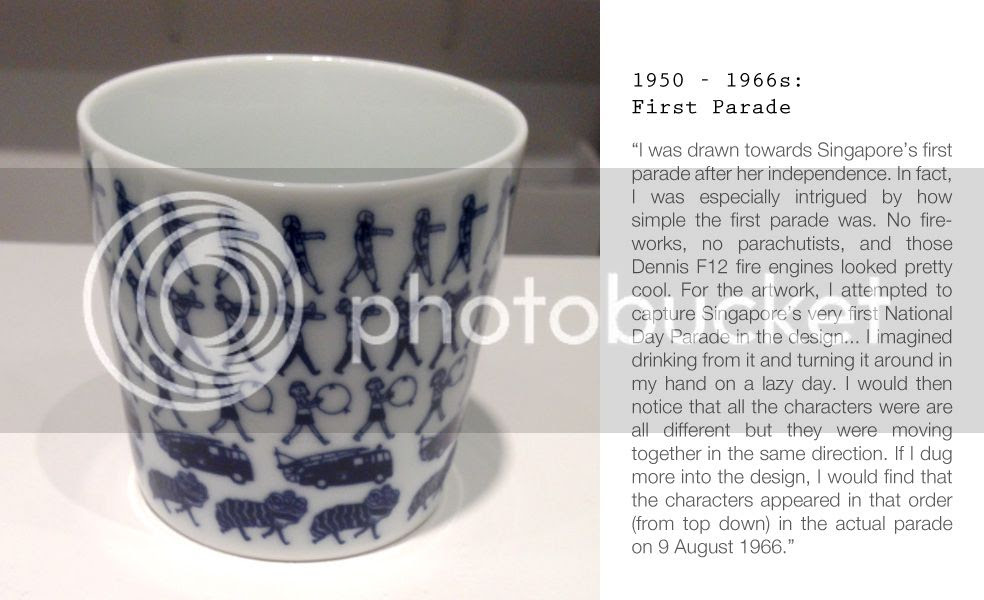 Last Thursday, we went to 100% design, Singapore. A small exhibition that was held at Marina Bay Sand, a fair for the tradesmen to widen their goods and for designers to expand their network. The first stop was The Makers' Marketplace, several artisans' objects were on display and was on sale as well, these objects were all delicately crafted with the utmost patience and respect for their craft. Though they were the first that we came across, we were also most fascinated by them. 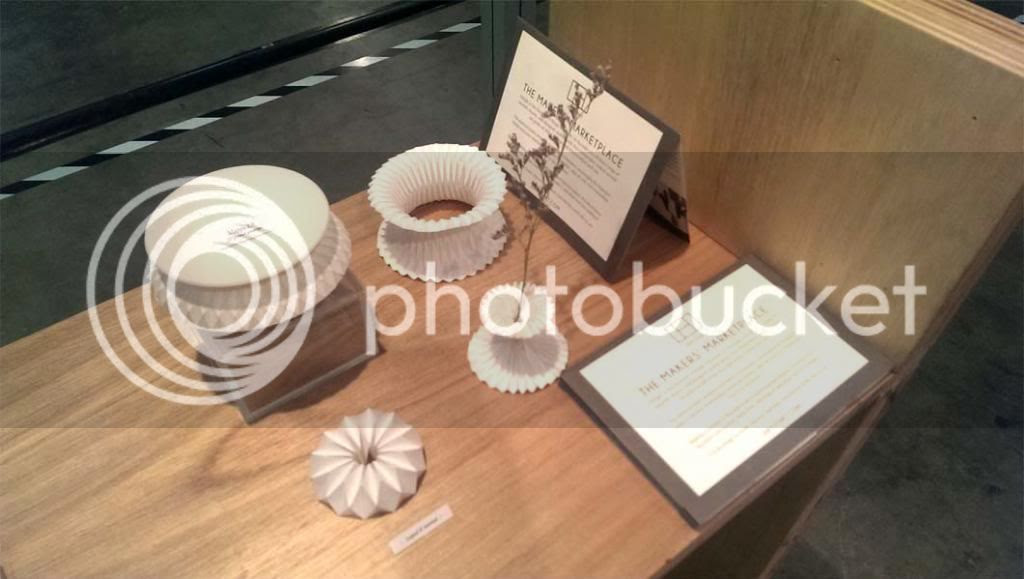 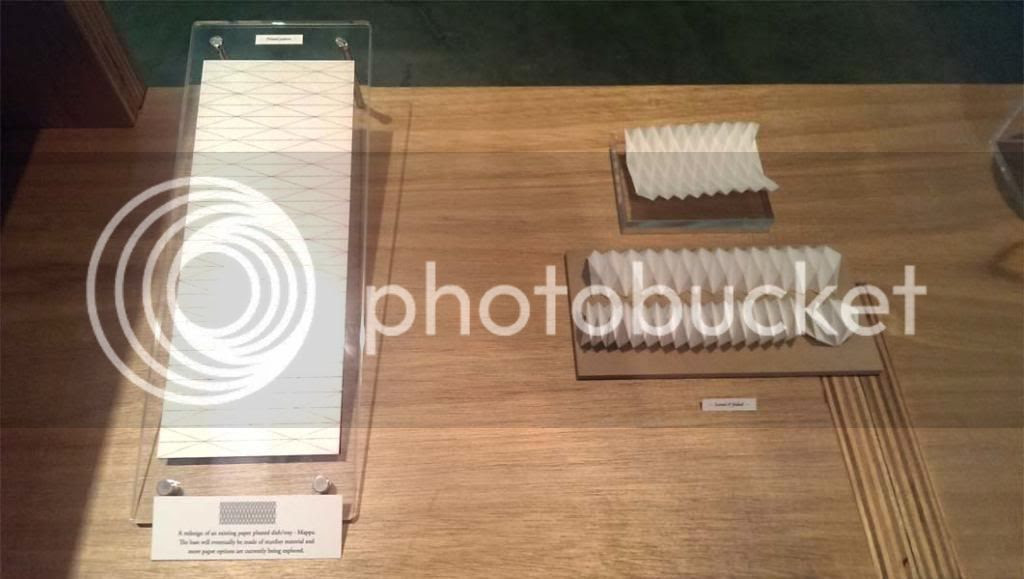 (A few examples of what amazed during the fair.) 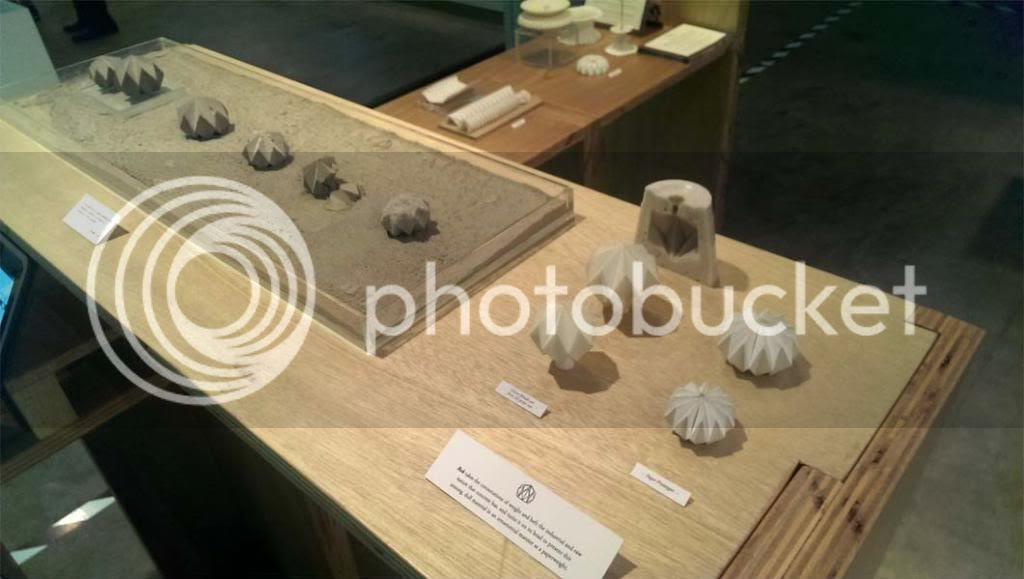 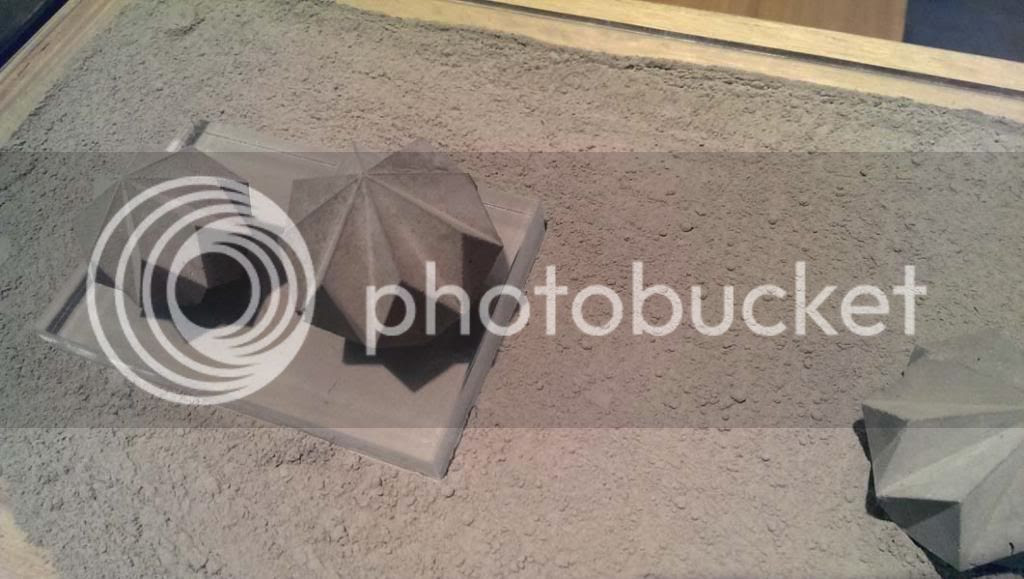 Further in, we had gotten a glimpse of the future of manufacturing, 3D printer. We were taken for a quick walkthrough about the different types of 3D printers that were available now in the market, 3 different types of 3D printers ranging from the powder based to thread based. They were able to make the most intricate of products such as figurines of all imaginations to engineer parts with micro-precision. 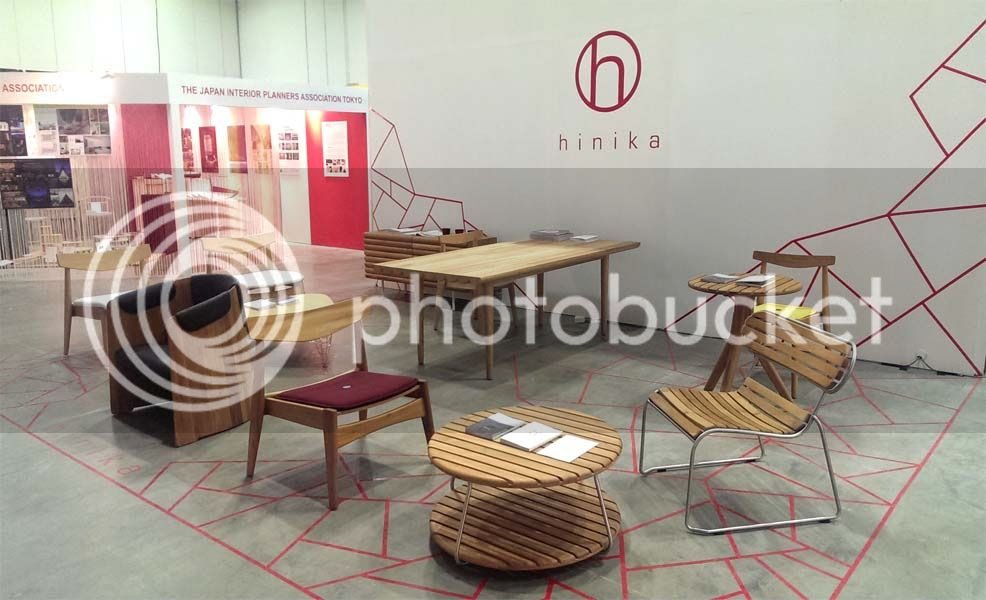 Last on our trip was a range of furnitures by Jarrod Lim, a designer known to the local design scene. They were his latest range of furnitures that were to hit the scene. Fully practical yet comfortable to sit on. We quite enjoy sitting on all of them, especially the one with the red cushion. It was so nice that the moment we sat on it, our blood just stopped flowing down the our legs and we felt so relaxed immediately. We did not managed to speak to him, as he happened not to be around to find out more about his work, sorry readers.